It has almost been a year since our first expansion and update to WhichMuseum. After the initial launch at the end of 2015 in the Netherlands, the biggest update (in early 2017) was our ‘Museum Management’ and expansion to Belgium. After these developments, we have obviously been busy and worked hard on new updates and expansions!

In our previous blog post, we mentioned a number of important things that we wanted to pay more attention to for our next update to WhichMuseum. These were in particular:

Because WhichMuseum positions itself as a platform between museums and you as a museum visitor, and both groups essentially links, both the museums and the visitors are very important to us. For this reason, it is important for us to maintain and develop good relationships with both groups.

With the first group, the museums, we discussed how to improve Museum Management and to streamline the update process. In addition, numerous new museums still register for a museum account to manage their museum and keep their data up to date on WhichMuseum. We are still proud of that!

The second group – which includes you as a visitor – has also seen its growth on WhichMuseum. We welcome new users every day, who can use a number of small new features, including: More insight into written reviews from all users and liking reviews.

However, our biggest goal was to literally and figuratively put WhichMuseum on the map in Europe. In the previous blog post, we already mentioned that we were working hard behind the scenes getting various European countries and cities ready. This led to the expansion of WhichMuseum to the United Kingdom in mid-2017. As a result, it became possible to also check out all museums in England, Scotland, Wales and Northern Ireland on WhichMuseum.

After setting up all the museums and contacts in the United Kingdom, we continued our European expansion. And now it is time to welcome all the museums in the largest 100 cities in the EU on WhichMuseum! The countries and cities that are now available on WhichMuseum can be found in this overview. 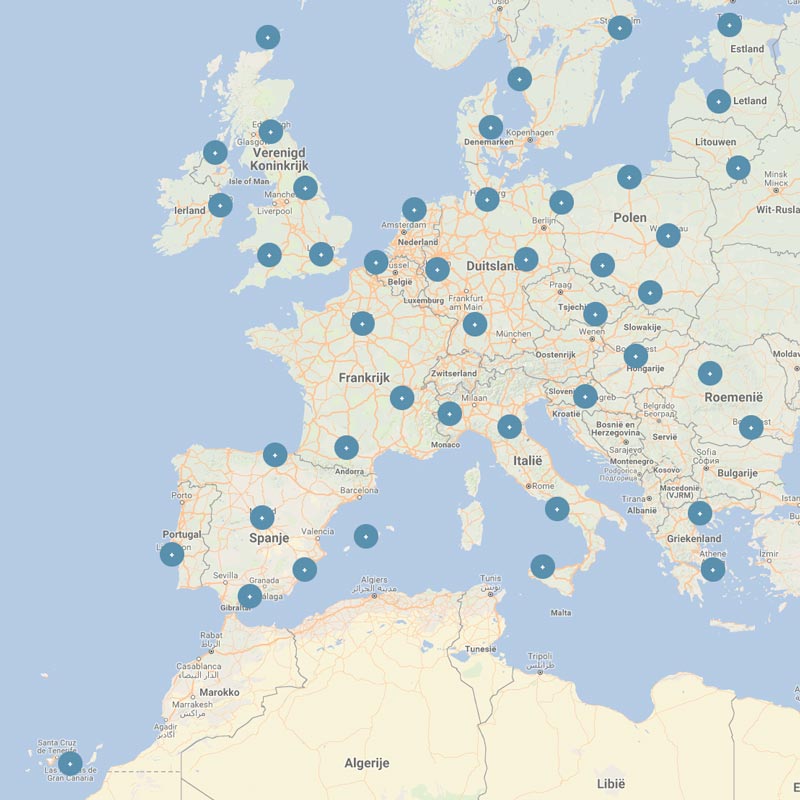 Due to the efforts that have been made for our biggest aspiration ‘European expansion’, some new features did not get the attention they deserved.

In order to be able to offer more to users like you, to keep you on WhichMuseum and to make WhichMuseum more enjoyable as a whole, we realize that we need to add more major community features. Also, Museum Management is currently only available to users with a museum account. We also want to make this feature accessible to users so that you can also edit information and even add museums!

In addition, we will of course continue our European adventure. We do this by expanding our contacts with museums and visitors in these new countries, adding information of the already added museums and adding museums in other medium-sized European cities. One thing is certain though: Your next European city trip becomes a huge cultural adventure with WhichMuseum!

One year of WhichMuseum: updates and expansions →